Wow! It Has Been A LONG Time! 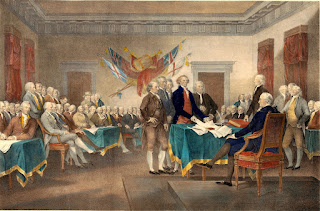 I don't really recall when I started this blogger.com account, but it has been a number of years. I found my way back here because it is linked to in my Twitter.com account.

All that seems to be left of any posts I have made is a draft I started about the Speak Your Piece organization from 2018.

So much has happened since then!

To be honest though, so much is the same. I started investigating the Speak Your Piece movement as a way to bring some civility to my home town's political discourse.

As long as I can remember, my city of Costa Mesa, CA has been pretty fractured on most topics.

Much of the division is clearly along party lines with the Dems on the one side and the Reps on the other. But, other discernible factions exist as well.

Which brings me to the current state of our nation's lack of cohesiveness on seemingly everything. Not a new situation in any respect. Certainly, it seems more pronounced than ever. Do we ever get past these apparent schisms? I would venture that the answer is a resounding "No".

The fact of the matter is, our country has, since its inception, been wrangling with strong wills pulling in incompatible directions. President George Washington had two of the most combative cabinet members in history in Alexander Hamilton and Thomas Jefferson. In a letter to Jefferson, Washington almost begs the two to do more to work together.

"How unfortunate, and how much is it to be regretted.., that whilst we are encompassed on all sides with avowed enemies and insidious friends, that internal dissentions should be harrowing and tearing our vitals. The last, to me, is the most serious-the most alarming-and the most afflicting of the two. And without more charity for the opinions and acts of one another in Governmental matters. … I believe it will be difficult, if not impracticable, to manage the Reins of Government or to keep the parts of it together: for if, instead of laying our shoulders to the machine after measures are decided on, one pulls this way and another that, before the utility of the thing is fairly tried, it must inevitably be tom asunder- And, in my opinion the fairest prospect of happiness and prosperity that ever was presented to man, will be lost-perhaps for ever!"

So, while we may seem to be in a particularly turbulent moment, really, our whole history in this country is clearly full of overt, and at times covert, convulsive dissension and disagreement.

Posted by Bruce Krochman at 5:04 PM No comments: